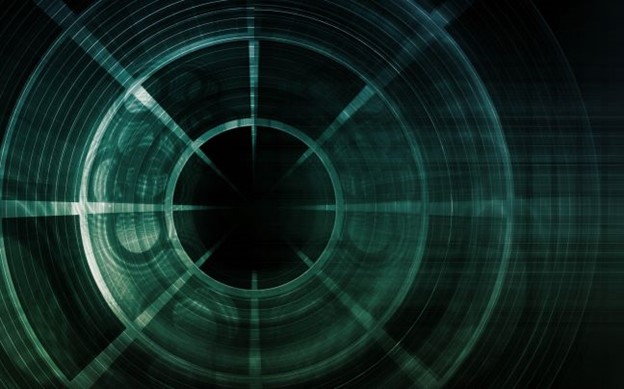 Just 18 when she got a chance to show off her math skills, this number-wizard was solving complex equations in an era when there were no calculators, computers or spreadsheets.

When companies represent the rich diversity of the wider population, they perform better

By publishing the first algorithm for Charles Babbage’s Analytical Engine, a general-purpose mechanical computer, she created a career path for others to follow. She is the original computer programmer: Ada Lovelace.

This Women’s History Month, I want to honor Ada. She’s the reason I and many others are in the tech industry and have the careers we do. We owe it to her, she paved the way.

History in the making

As a woman in tech for over 20 years, I’m used to seeing vastly outnumbered women in the C-suite and the boardroom. As a Latina, I often found even fewer minorities around these tables. This is an important question to explore. Why is there a lack of representation of women and minorities in tech?

Learning about the history and roots of where and when women and minorities began their professional careers has been inspirational to me throughout my career. Ada Lovelace opened the door wide open for all to follow her path – and women and minorities were among the first behind her. Yet our current state of diversity, equity and inclusion bears little resemblance to early pioneers in the field, leaving much work to be done but also great promise in its fulfillment.

In the early days of coding, women flocked to programming because it offered rich opportunities and reward for merit. At the time, most men considered programming a more trivial task than building hardware, so they didn’t pursue it. And women have taken the lead as software developers of their time.

For example, did you know that 273 women behind the Colossus machines at Bletchley Park during World War II helped decipher German Axis messages? These women played a vital role in the operation of the computers used for decoding. And by now you’ve probably heard of the book/movie “Hidden Figures” and the black women who were instrumental in moving NASA projects forward. Nicknamed “human computers” for their ability to perform very complex mathematical calculations by hand, they broke down barriers that others could follow.

The 1980s, however, brought significant changes to the technological landscape. The world of programming has been turned upside down, shifting from a career primarily traversed by women to an industry heavily dominated by young white men. Personal computers first came home in the late 1970s and early 1980s, which completely changed the pool of students enrolled in computer science degrees.

The introduction of PCs into homes largely excluded minorities because mostly affluent white households could afford them. During this same period, the Hollywood trope of the “computer nerd” was born, thanks to films like “Revenge of the Nerds” and “Weird Science”. The big-screen stereotype applied mostly to white, awkward boys — not women, minorities, or frankly even “cool kids.” Add to that the fact that boys were more likely to have received a computer as a gift from their parents, put it in their bedroom, and had more quality time with their dads – you can see how the engagement of girls and boys with minority computer technology has declined accordingly.

The more hands-on experience gave these white male applicants to college a much wider advantage. The few women and minorities who have pursued careers in technology have been singled out and put under additional pressure for not being “real programmer” or “hardcore” enough by not spending enough time in front of computer screens. computer or wanting to pursue something other than 24/7 programming.

The origins of a field determined by mastery of mathematics and a penchant for detail were discounted in favor of those with hands-on computer experience. And young white men stood out as having these newly required skills. This edge over the competition pushed the bar for college recruitment and ultimately led to a significant reversal in the ability of women and minorities to pursue careers in computer science.

Learn our history and look to the future

Learning the story of Ada Lovelace and the career women who followed brought me to a defining moment as a woman working in technology. Ada, the Bletchley Park Wrens, the hidden figures of NASA and so many others taught us everything we need to know today: that the world of technology is so much richer when everyone participate. Technology, programming, coding – these skills are really based on a person’s talents and appetite to keep learning, and these are also areas that are constantly changing and evolving.

The fight for women and minorities in tech lives on today. On the one hand, the COVID-19 pandemic has added insult to injury for women in tech, who are twice as likely to have lost their jobs or been laid off as men, according to a recent article by CIO.

On the other hand, the remote work that is now ubiquitous for knowledge workers has eradicated the geographic barriers that have historically helped prevent minorities from participating in the tech industry. the harvard business review reports that more than 90% of growth in the technology-intensive innovation sector between 2005 and 2017 occurred in just five US metropolitan areas. As someone who lives in the Dallas/Fort Worth metroplex, I can relate to passing on a lot of technology opportunities given that relocation just wasn’t an option for me. Perhaps after COVID, we can expect a world where work is a thing you do, not a place you go – and we can still remove one of the historical constraints that has prevented greater representation in technology workforce.

Our present reflects our history and we can change the future when we learn from our past. As a minority woman, I wouldn’t be where I am today without the help and mentorship of many white men who believe in me and give me the opportunity to succeed. I want to thank them and the countless allies who understand that a person’s attitude and ability determine their altitude in a workplace where diversity is celebrated. Just as our workforce is better when all are depicted, this battle cannot be won without all contribute to the cause.

By remembering where it all began and what has contributed to who we are today, we can work better to break down the systemic biases that have been imposed and ensure that technology is an exciting career for anyone with the skills. and the will to do that. When boardrooms and C-suites represent the rich diversity of the wider population, businesses perform better and humans realize their potential.

“When I can see her, I can be her.” When we can see ourselves in others, we can strive to be in those positions and do even more. Let’s be those trailblazers for the next generation of computer nerds. Something tells me Ada would agree.

Prior to joining Alkami, she held leadership positions at Hewlett-Packard, McAfee and Intel.