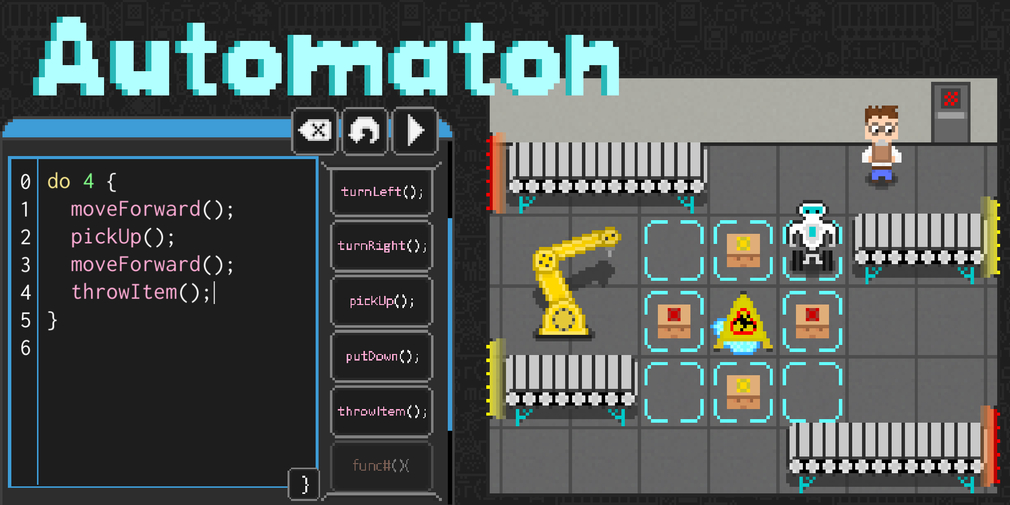 Automaton is a puzzle game designed to teach people the basics of programming. It was designed by Jeremy Friesen who is currently studying computer science and worked on the game in his spare time. It is available now at google play.

Players will be tasked with getting a small robot called Auto to perform various tasks. This will be done by entering various lines of code – given to you – that can make it move forward, turn, or pick up and put down objects. The levels will naturally become more and more complex as you progress.

They start very simply by moving and rotating the robot to bring it to a defined destination. But before long, you’ll need to use loops to perform tasks with a hard limit on the number of lines of code you can use. Later levels will also see players having to control two Autos to add an extra layer of complexity to the proceedings.

However, if you’re deep into coding, this game will probably be way too simple for you. It’s not on a Zachtronics difficulty level that’s for sure, so don’t expect the next Shenzen I/O. This is a game designed for people with next to no coding experience rather than experts.

Although the game is currently available, Jeremy insists that he is still working on updating the game with more levels and fixing bugs. So it’s not quite the finished article yet, but there’s still a lot of coding puzzles to do in the meantime.

I’m always happy to see games that attempt to educate people through play. It’s a good alternative to the “learning by doing” concept. If you’ve ever wanted to understand basic coding or just like puzzle games, Automaton is now available at google play. It’s a free game with an in-app purchase that removes ads.

Check out our news section for the latest and greatest games.