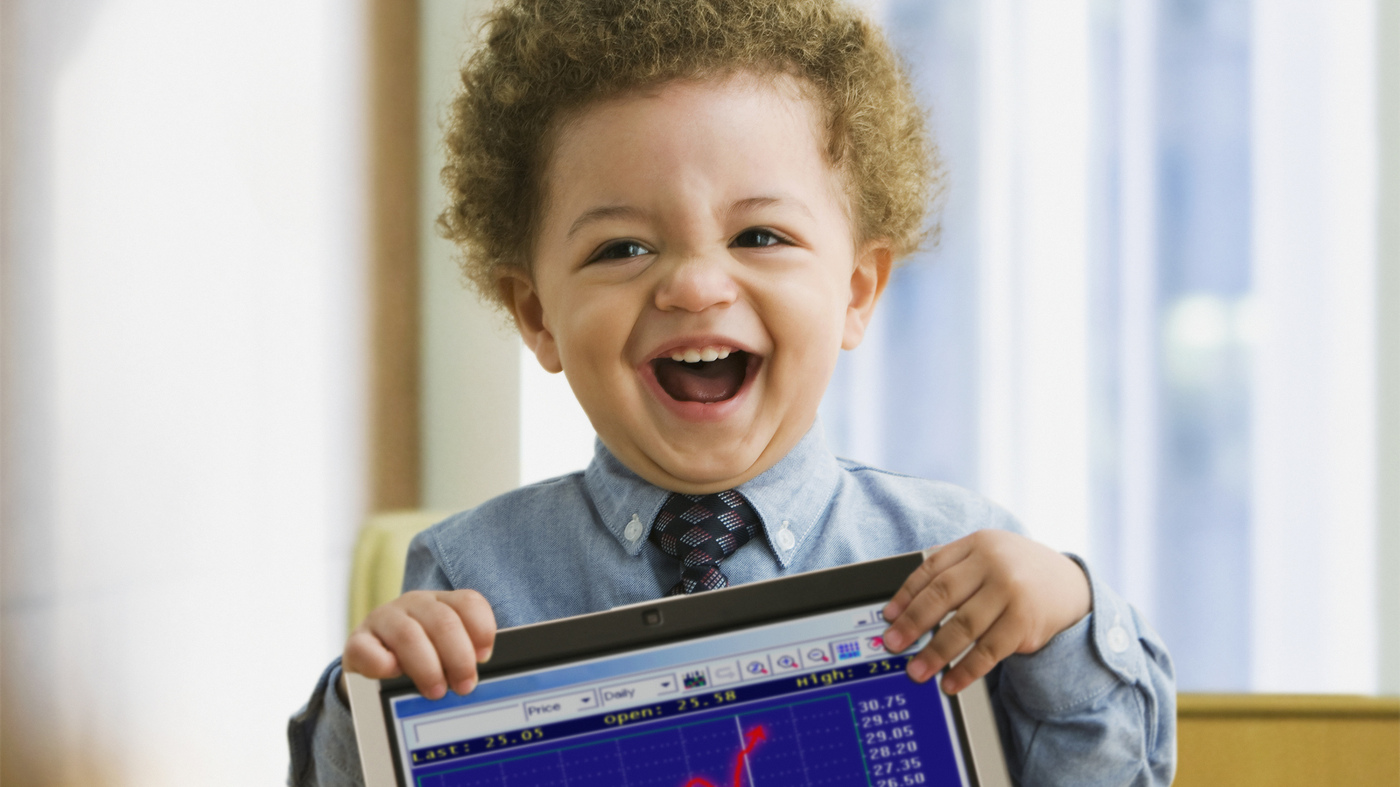 Don’t teach JavaScript to your kindergarten child; he can’t take all that caffeine.

Back when Grant Hosford’s oldest daughter was in first grade, she enrolled in an after-school course, building robots with a programmable Lego toy called Mindstorms. Hosford, a dot-com entrepreneur, came to visit the class and was surprised to see that Naomi, who loves science and math, was both the only girl there and the youngest by a few years.

Hosford became a co-founder of a company called codeSpark. Its gaming software, The Foos, teaches basic computer programming skills – “the ABCs of coding” – without any reading required. It is aimed at children from the age of 5 and has been downloaded 700,000 times to date in 150 countries.

The Foos is part of a trend to put more and more emphasis on the code as basic literacy. You may have heard of the nonprofit Hour of Code initiative, which claims tens of millions of student participants; or New York Mayor Bill DeBlasio’s recent announcement that it intends to require computer education at all levels for all students.

“Computer training is literacy for the 21st century” the mayor said at the announcement.

Educators, researchers and entrepreneurs like Hosford take this analogy very seriously. They argue that basic coding skills, such as sequencing, pattern recognition, and if / then conditional logic, should be introduced alongside or even before traditional reading, writing, and math.

For Hosford, this early introduction is essential for expanding participation in STEM disciplines. “If we taught coding like reading and math, we would break it down into smaller pieces, make it more fun with songs and stories, and give students two decades to achieve fluency,” says Hosford. “With coding, we throw you in the deep end in high school or college and we’re surprised when most kids drown.”

According to this reflection, the skills required for coding and the three Rs will be mutually reinforcing. And the engaging nature of many fun tech tools will help attract young learners who may not be so inspired by traditional lessons. And there is evidence for both of these claims.

Sam Patterson is a technology integration specialist at a private school in Silicon Valley. He is also the author of a forthcoming book on programming in the early years. “The goal is to inspire teachers to design digital lessons that use programming as a mode of expression, similar to what we would do with writing,” says Patterson.

Along with The Foos, Patterson often uses Kodable, another app that doesn’t require reading, along with two other programs called Tynker and ScratchJr, to teach programming to young children. In a typical lesson, students can write a story and lead animated characters to act it out. Or they could use the program to build an animated model of, say, an ocean habitat.

“In ScratchJr, with the first graders, you can ask them to create a moving model of something,” says Patterson. “Say they are studying a coral reef: you can teach them loops and have them create a reef model using fish and sharks. They are swimming back and forth, talking to each other, maybe l ‘one eats another. “

In the old days, this kind of project could be done with crayons or a shoebox diorama. “Maybe we asked the students to draw a picture,” Patterson says. “Now we are upping the stakes and giving them a more cognitively complex task, in addition to” the scientific content of the lesson.

The benefits, says Patterson, are manifold. “It’s very engaging because kids love programming and robots. We can get more learning goals out of it.” The students practice sequencing, put the ideas in a given order; and syntax, by associating abstract symbols with ideas; these two skills are crucial for regular reading, writing and arithmetic.

The appeal of the software can help motivate reluctant readers and English language learners, Patterson says. “Until grade two I use programming to develop literacy, and from the middle of grade two they develop literacy to code better,” for example by reading the instructions in a game.

Marina Umaschi Bers is Professor of Child and Human Development and Computer Science at Tufts University. She studies technology and early learning. She is also a co-developer of ScratchJr and a commercially available robotics kit called Kibo.

she published small initial research studies in recent years, showing that working with a programming tool improved the skills of young children on traditional sequencing tests and related tests of executive functioning. For example, before taking a robotics and programming program, when asked to describe the process of brushing their teeth, children were given only three or four steps. Then they were able to break the process down into 20 or more steps.

“If you get better at sequencing, it has a measurable positive effect on reading comprehension,” she says. “A parent can ask their child to get into coding knowing that many children will not become programmers, but there is this general benefit.”

The idea of ​​widely introducing software in kindergarten or even kindergarten is not without controversy. Victoria Dunckley is a child psychiatrist in Los Angeles who has just published a book called Reset your child’s brain, on the dangers of using technology. She has prescribed total abstinence from screens to hundreds of patients, to reduce symptoms of a wide range of childhood mental illnesses, from ADHD to OCD.

“Even the time spent in front of an educational screen can cause a lot of problems,” says Dunckley. “A lot of these kids can’t tolerate any screen time. Before, I could just write a note for the kid to take him to school to say, don’t have any computer time. has changed with iPads and the core curriculum. “

She would rather wait for the introduction of screens in classrooms until middle school or even high school. “I am horrified by the flipped classroom,” she said.

Bers and Patterson actually agree, up to a point. They believe that in the early childhood years in particular, long periods spent passively in front of a two-dimensional screen would be developmentally inappropriate.

“Working with tangible objects is fundamental for young children,” says Bers. This is why his Kibo robot kit can be programmed by physically rearranging wooden blocks, a system called CHERP. Similar to alphabet blocks, each represents an instruction, such as “forward”, “return” and “turn”. They fit together to complete a “story” for the robot to play.

It’s important to “be able to switch between screen and ground activities,” Patterson agrees. His solution is robots. It often features programmable toys like Sphero, Ollie, Dash, and Dot, which roll around and execute simple instructions; remote controlled airplanes; and LED lights that can be programmed to flash in colorful patterns.

“I have first graders who have the basic skills to program a smart home,” he says. Plus, it usually has at least two students working together on each device, to help them develop their social skills while learning.

Besides concerns about security and the lack of resources for devices and software, the third biggest obstacle to a broader introduction of coding in kindergarten is probably a lack of knowledge and confidence on the part of teachers and parents. . But Bers points out that engaging kids in expressive use of technology can start simple, with materials you probably already have in school or at home.

“Start with what the child wants to do, not what the technology can do,” she advises. “Create a card for Grandma’s birthday or a slideshow of your last vacation. Sometimes using Word can be very powerful.

New Minecraft mod lets you do some basic coding