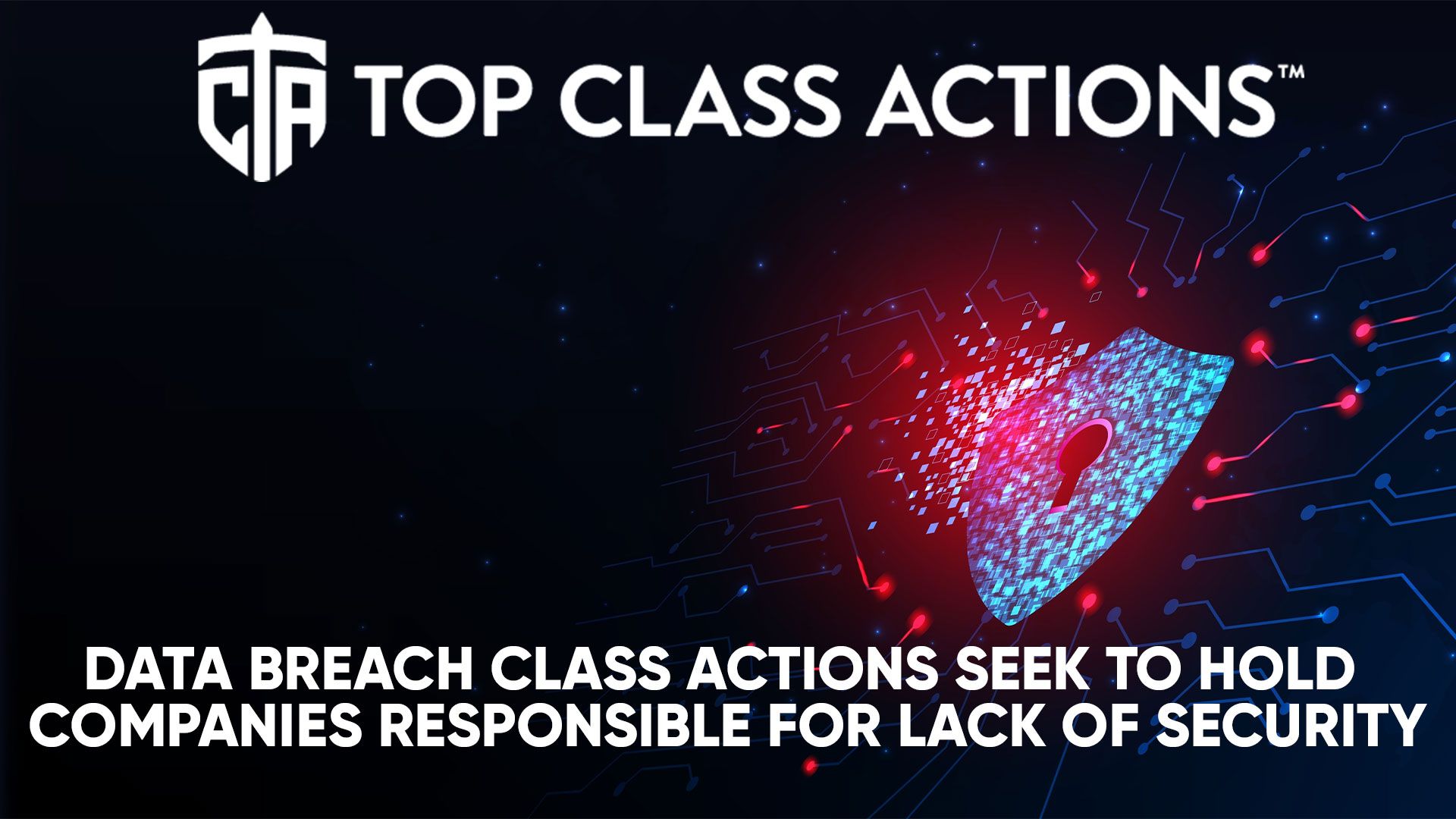 A plague of data breaches affecting brands large and small has made cybersecurity a top priority for businesses across the United States.

Consumers also take cybersecurity seriously because data breaches put their privacy at risk by exposing their personally identifiable information to potentially malicious actors looking to profit from it.

Trying to hold companies accountable for their data security practices has become a frequent reason for recent class action lawsuits and, in a number of cases, subsequent class action settlements.

The companies reported a number of data breaches in the month of July alone, with cybersecurity incidents affecting companies in the healthcare, hospitality and finance sectors, among others.

Mangatoon, for example, said earlier this month that it suffered a data breach in May. exposed the personal information of 23 million of its users.

The comic book reading platform revealed that hackers could gain access to its systems by breaking in through an insecure Elasticsearch database.

Marriott International also confirmed this month that it suffered a data breach in June. exposed 20 gigabytes of sensitive dataincluding confidential information and credit card information of customers and workers.

The data breach allegedly occurred after hackers were able to trick a Marriott employee into giving him access to the hotel group’s computer systems.

Marriott said that in addition to already notifying law enforcement, it is preparing to notify 300 to 400 people it believes may have been affected by the data breach.

Professional Finance Company, meanwhile, announced earlier this month that it was hit by a data breach in February which it said Exposed data from over 650 healthcare providerspotentially affecting 1.9 million patients in the United States.

The Colorado-based debt collection company says the hackers were able to access patients’ names, addresses and outstanding balances, among other information related to their accounts.

Also this month, consumers accused LendingTree of not having adequate data security policies in place to prevent a data breach in February and wait more than four months to disclose the incident to consumers.

The data breach exposed the incredibly sensitive personal information of more than 200,000 consumers, according to the data breach class action lawsuit.

The consumer behind the class action claims that hackers exploited a vulnerability in the coding of LendingTree’s computer systems due to its “inadequate data security protocols”.

Data breaches costliest to fix in US, healthcare providers warned not to pay ransoms to North Korean hackers

Although security risks expose companies and brands to data breach class action lawsuits, they are also costly to recover, especially in the United States.

A recent report by global digital identity firm ForgeRock found that it’s costing American businesses an average of $9.5 million to recover after suffering a data breach – the highest amount in the world.

The Federal Bureau of Investigation (FBI), the Treasury Department and the Cybersecurity Infrastructure Security Agency (CISA), meanwhile, have warned health care providers do not pay ransoms to hackers in North Korea.

Data breach class actions have also led to a number of recent settlements.

Earlier this month, Claire’s agreed to pay $350,000 to put an end to allegations that he mishandled a data breach in 2020 that led to consumers having their information compromised.

The Office of Personnel Management and its contractor Peraton also agreed to a class action settlement this month that will pay consumers $63 million. affected by data breaches occurred in 2013, 2014 and 2015.

Timios, meanwhile, agreed to a class-action settlement this month that will resolve the real estate solutions company’s claims. failed to protect consumer data during a data breach last year.

And Capital One also agreed to end data breach claims, when in May the bank holding company agreed to pay $190 million to put an end to the allegations, it put its customers’ data at risk in a data breach in 2019.