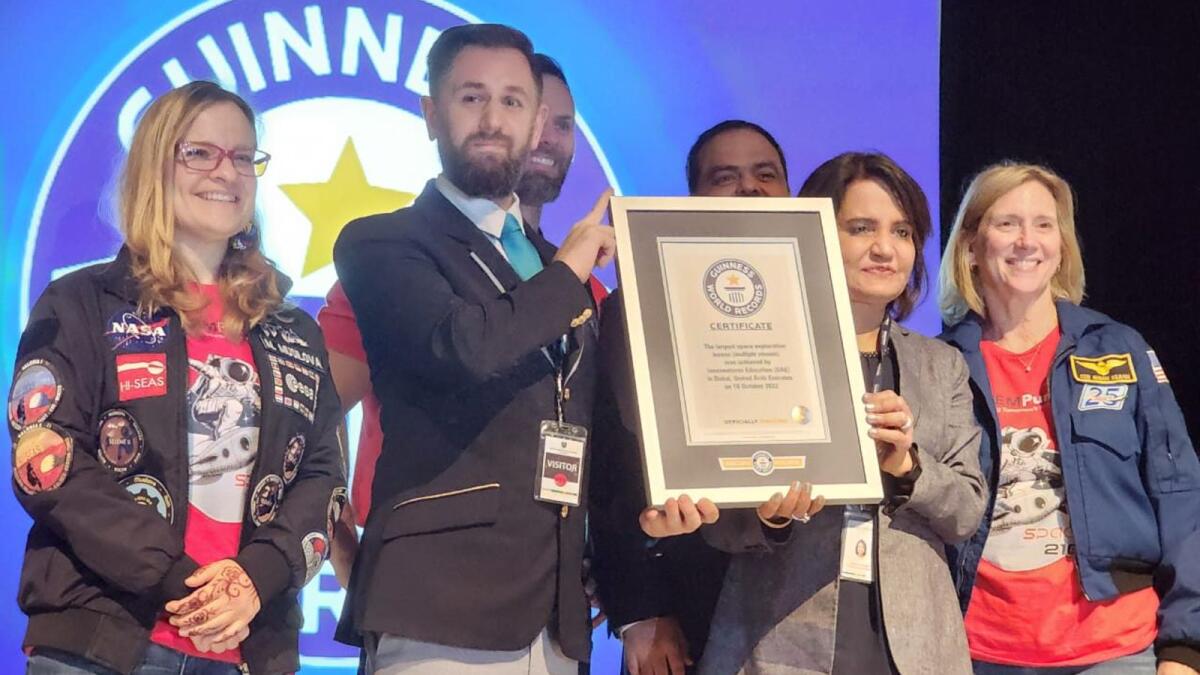 Students from different schools in the UAE are mentored in space camp by famous names in space exploration and science, including astronauts and NASA scientists

Loud cheers echoed in the auditorium of a Dubai school campus on Tuesday as he hit the Guinness World Records.

The Innoventures Education group of schools set a record by organizing the largest space exploration lesson in the world (multiple sites) with 2,000 students from its five schools during the “Space 2101” space camp where students from schools in the United Arab Emirates met.

Poonam Bhojani, CEO of Innoventures Education, said, “We are delighted with the record for the maximum number of participants in a Stem lesson across multiple sites. There were 108 nationalities of students who took this course.

The space camp, which is being held from October 17-21 at the Dubai International Academy (DIA), Al Barsha, sees students from different schools in the UAE being mentored by famous names in exploration and science space workers, including astronauts and NASA scientists. 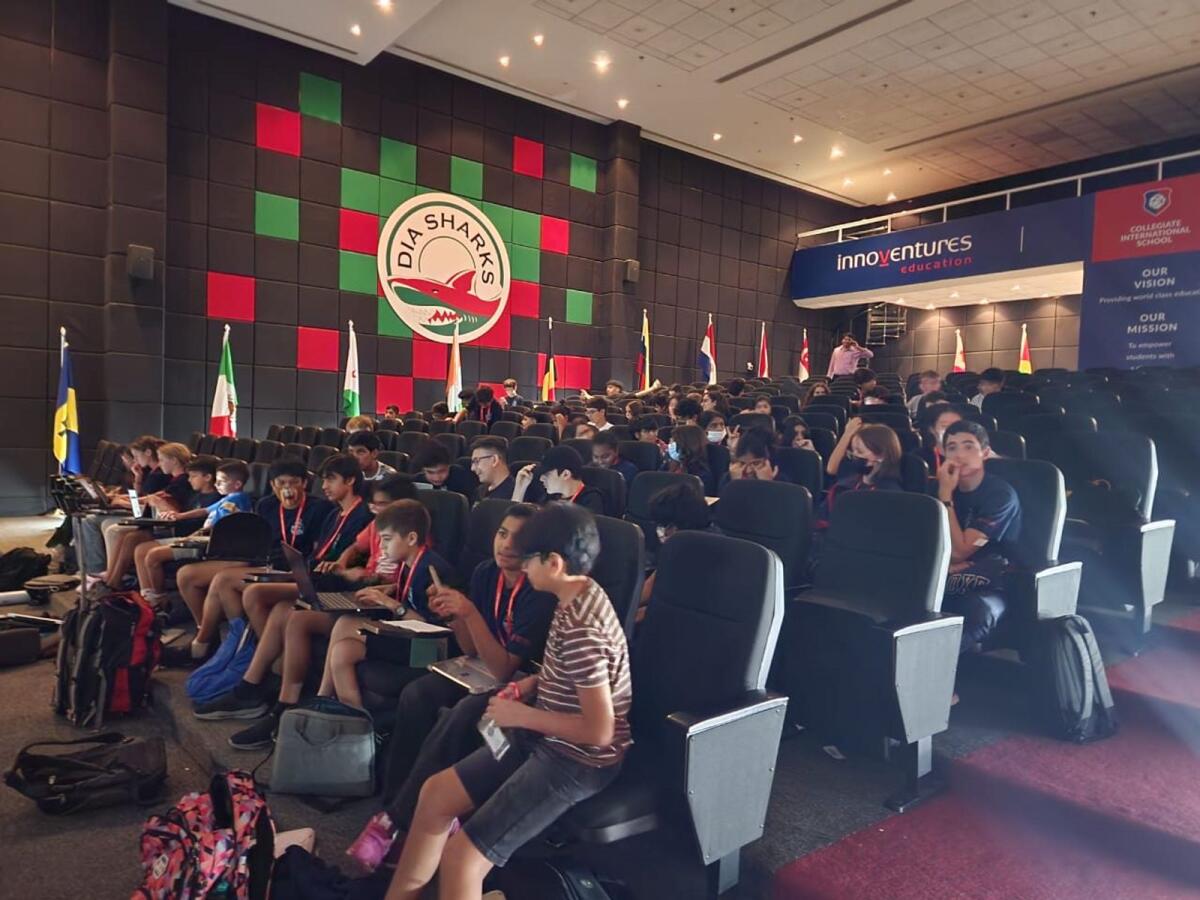 At camp, students can design experiments that have a chance of being conducted in space. They can also have the schematic of their design printed and signed by visiting astronauts and scientists as a keepsake.

Innoventures Education has partnered with Starlight Education to offer camp students aged 12 to 18 a unique opportunity to design a sustainable habitat with real astronauts and top scientists from around the world. The five-day program will help students develop critical thinking, leadership and teamwork, presentation skills, and help develop Stem skills as well as in-depth knowledge of designing space habitats suitable for the human well-being. 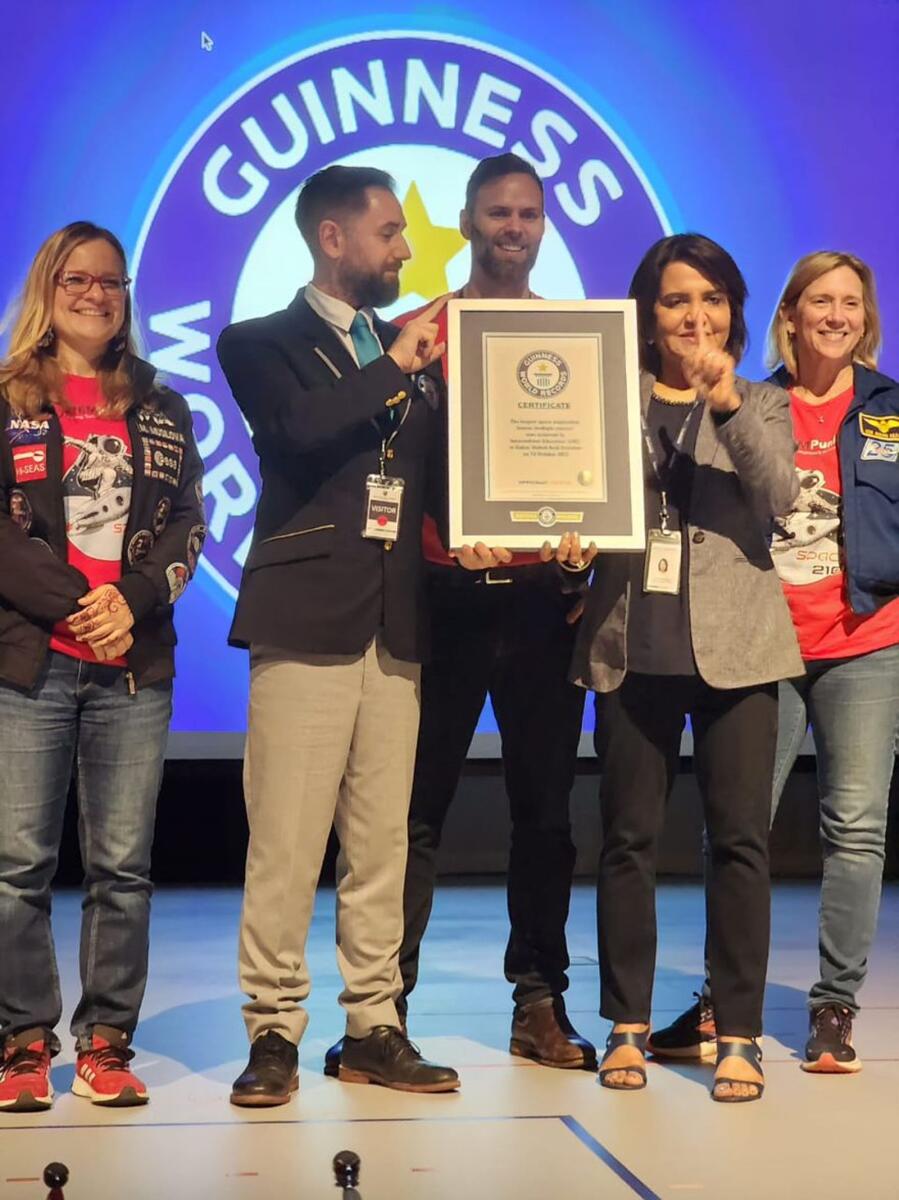 Hitesh Bhagat, Director, DIA, EH, said: “The Space 2101 initiative, which is taking place around the world, is closely linked to the space program of the United Arab Emirates. The initiative is to provide a different learning environment for our students, where they can interact with experts. »

Camp students learn real-world Stem skills like 3D design, coding, robotics, and other industry-related content. Ayesha Aldaboos, a 9th grade Emirati student at Collegiate International School (CIS), said, “The program taught me other options in science. When I was younger (in the junior classes), I always wanted to do something in the field of space. I don’t think I have the courage to become an astronaut, but maybe working at NASA would be really good.

Mohammed, an 8th grade student from Raffles International School, said: “We are delighted to have made it into the Guinness World Records. This camp was fun, I made new friends and interacted with lots of people from other schools. I also heard about a new app which is used for coding. »

Ellen from DIA, said: “I used to hear about Guinness World Records all the time, so it was exciting to be a part of this record-breaking achievement. While interacting with the astronauts, I had the chance to ask questions that have always intrigued me. I also learned computer-aided design (CAD) and 3D modeling. I want to learn to code and when I grow up I want to work for myself and not for others.