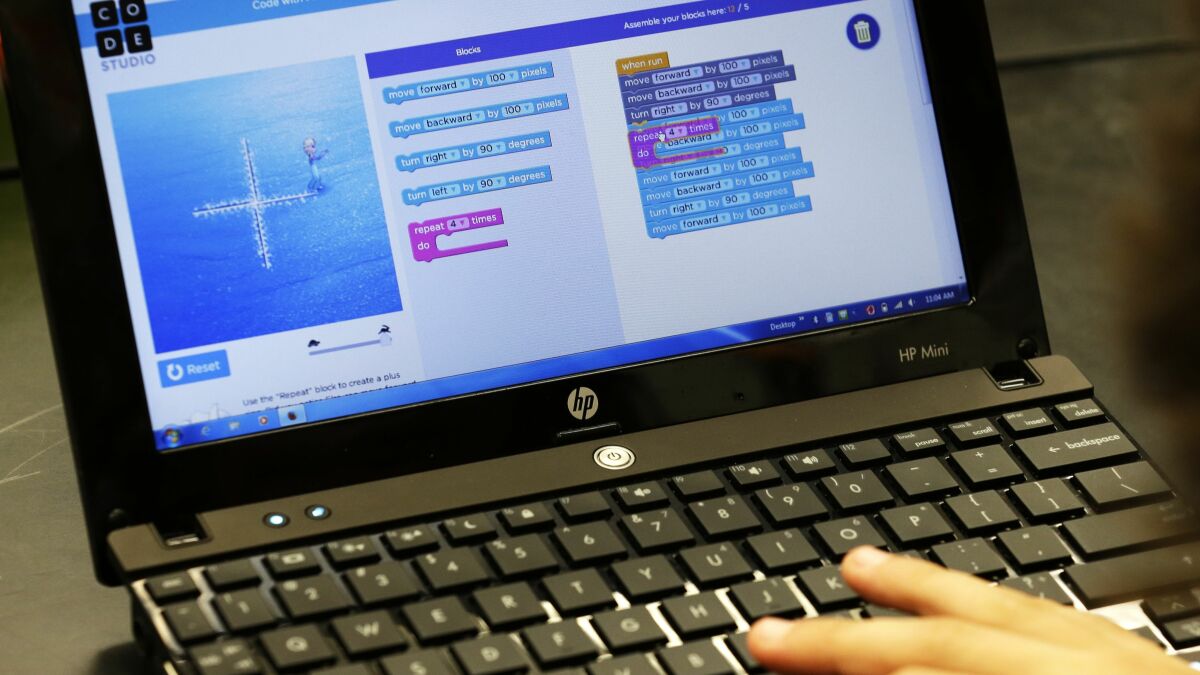 Coding is for everyone.

The idea of ​​chaining commands together to create a program is a daunting prospect for most, but that’s because many have never seen visual programming tools. Until now.

Monday Google doodle puts a super easy visual programming tool on the search page and gently guides even the most programming reluctant among us with simple and cute tutorials.

from google Programming for non-programmers ” effort is part of Computer Science Education Week (December 4-10), which is held in honor of Admiral Grace Murray Hopper and is designed so that everyone, but especially students, can only try an hour of code. And, yes, Code.org created a Hour of code program that helps coordinate many of these efforts.

While there are in-person and free Hour of Code programs at Apple and Microsoft stores around the world, Google’s desktop approach certainly has the broadest reach.

Google Doodle’s programming interface is simple, colorful, and easy to use. There is a white block rabbit and the carrots he wants to eat. You help him reach those cores by dropping programming blocks in the space below and pressing a big orange play button to test your code.

Scratch teaches basic sequences and increasingly complex nested loops. While there are several ways to program a solution, Google Doodle encourages you to find the shortest or most efficient.

There is also a companion website which allows students to design their own Google logo using a visual programming application called Scratch. It also includes a link to resources for teachers in case you plan to teach code in the classroom.

If you think you or your kids don’t need to learn coding, consider this statistic from Code.org: 71% of all new STEM (science, technology, engineering, and math) jobs, but only 8% of all STEM graduates are in computer science.

Even if you don’t like coding, you’ll probably have a good time trying to figure out the best way to get all of his rabbit carrots, and you’ll probably learn to code anyway.

Related video: Teaching kids to code could be a little easier with this robot

Basic coding as part of the primary school curriculum