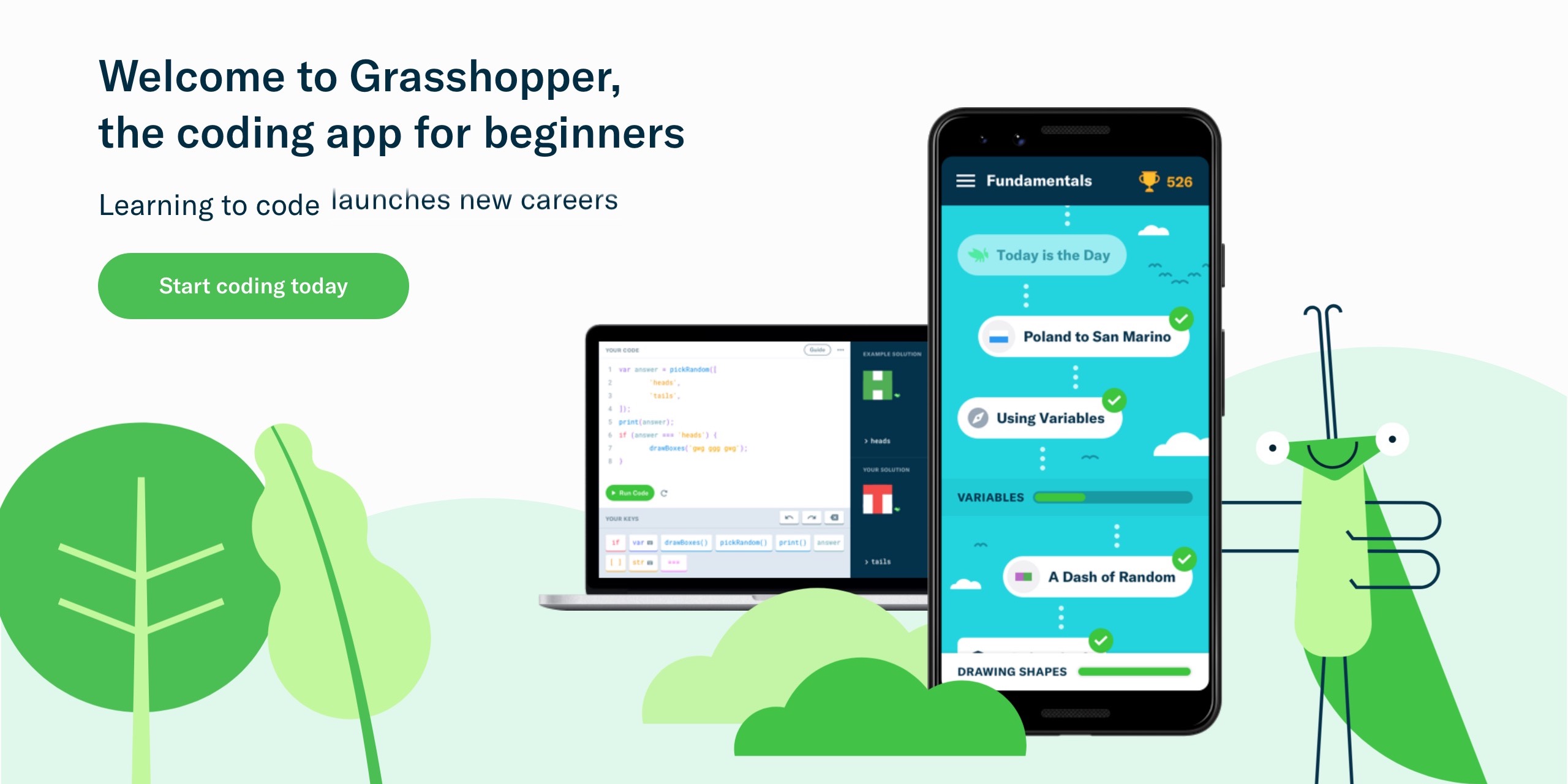 Google has released a web version of its Grasshopper app, a tool that teaches basic coding skills.

Grasshopper was first developed in Google’s experimental workshop called Area 120 and initially released in 2018 as a mobile app for Android and iOS devices. According to Google, millions of people have since downloaded Grasshopper.

In a blog post, an account is given of Sheila Eichenberger; a mother who left a successful career to raise her children and is now returning to work. Eichenberger used Grasshopper to help her embark on a new path to becoming a coder.

A lot of people – I would even say most, although without any real research to back it up – prefer to code on a computer. Having a web version of Grasshopper available will make it more accessible to those of us who prefer a full-size keyboard and larger screen.

Google makes the most of the extra space provided by a desktop computer. Grasshopper on the web adopts a three-panel user interface with instructions on the left, code in the middle, and a preview of the device on the right.

In addition to the original “fundamentals” class which covered things like variables, operators, and loops, Google added two new classes to Grasshopper.

The new Grasshopper classes are “Using a Code Editor” and “Introduction to Web Pages”. The latter teaches the student more about HTML, CSS and JavaScript.

Once the student has completed all three courses, they should be ready to create a simple web page. Students can then take more advanced courses offered by sites like Codeacademy and Udacity armed with some basic knowledge.