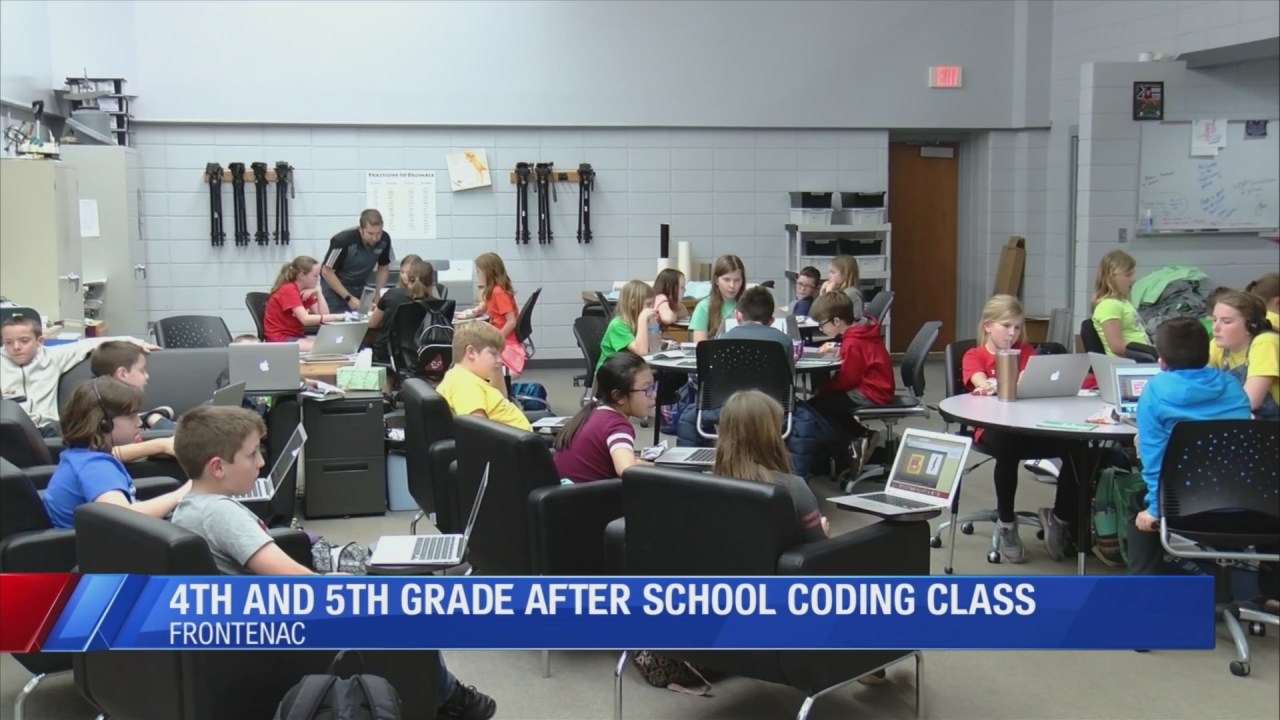 Some students take time after school to learn the basics of computer coding.

“Children learn a lot from “if it’s“. If that happens then something is happening and that is what they really need. They have to solve these problems scenario solving .Yes I click on this button it happens.“ says instructor Eric Gudde

Block Coding is a very basic pattern recognition and trial-and-error introduction to coding that these fourth and fifth graders learn on Wednesday afternoons. The kids dragged, dropped and combined tabs to see how it would play out effect the image of a person dancing on the screen.

Instructor Eric Gudde says that while he wants kids to be excited about learning computer coding, he also wants students to learn another important lesson.

“They can do whatever they want. If they have a dream in their heads and anything with a computer.“ said Gudde

Students like Abby Albright want to learn code to help her make music and videos. And while it can be a bit difficult, she’s enjoying her time so far.

“I just love the way he shows us stuff, an example, and then he’s okay guys and you can just see and do the right thing and just do it for yourself and see oh is- what that looks good.“ said Albright

And she’s not the only one.

“If you watched today it was just for fun, for fun.“ said Gudde