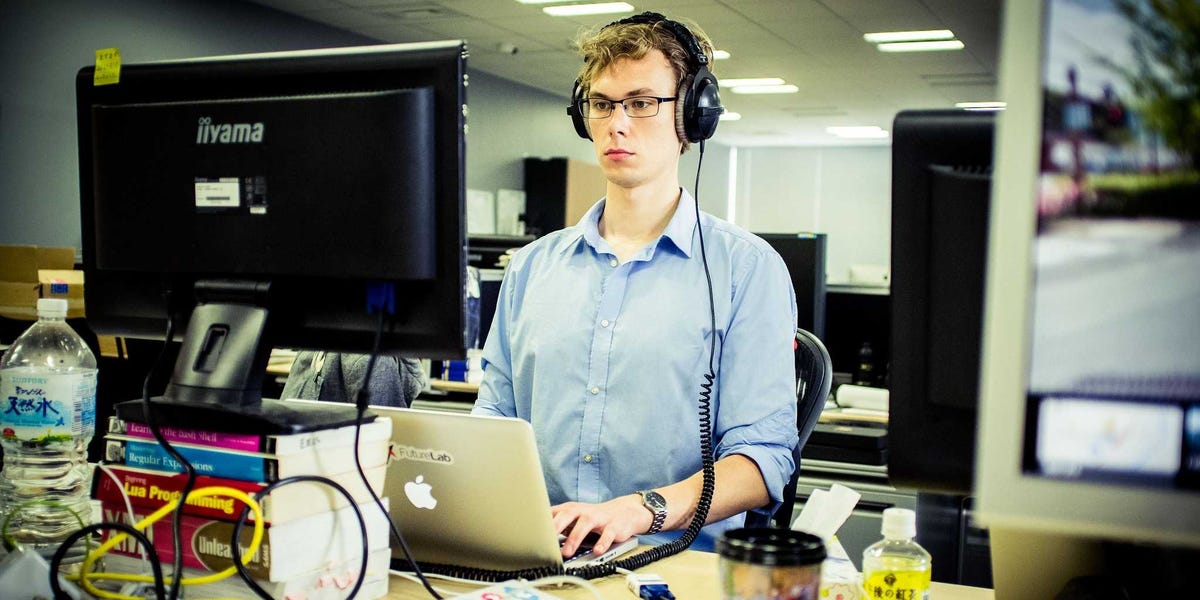 But in the end, my liberal arts degree gives me little ability to understand the difficult work that programmers spend all of their time doing.

I had heard about Khan Academy, the non-profit online learning platform backed by big investors like the Bill & Melinda Gates Foundation and Google, and how effective and fun its programs are.

When Salman Khan, the founder of Khan Academy, launched the site in 2006, it was just a series of YouTube videos he had made during his absence from his job as a hedge fund analyst.

Eight years later, Khan Academy largely follows the same video format, but on a much larger scale. Since February 2014, the the site had 10 million monthly visitors, a huge jump from 144,000 at the start of 2010.

Even Bill Gates himself endorsed the platform, tell the time, “I have used Khan Academy with my children and I am amazed at the extent of Sal’s expertise and his ability to make complicated subjects understandable … He started by publishing a math lesson, but the impact on education could truly be untold. “

I decided to give him a chance.

Khan Academy offers a wide selection of courses in subjects ranging from biology and organic chemistry to world history and macroeconomics. In the computer programming section, they offer introductory JavaScript lessons, games and natural visualizations and simulations.

As I had never taken a computer course before, I chose the simpler course, “Intro to JS: Drawing & Animation”. A menu listed all the tasks I would complete during the course – 101 in total.

Like other Khan Academy courses, the JavaScript course is structured around a series of video tours. The student is then offered challenges and projects to test each skill.

First of all, I learned to code some basic shapes. In a five-minute video, Sophia, one of the Khan Academy instructors, drew rectangles in different places on the screen.

It seemed simple enough. In my first challenge, I used the commands I had just learned to make an “H” out of rectangles. It only took three lines of code.

After some adjustments to the numbers, the computer determined that I had done it right and gave me some bonus points. These points would later be used to earn badges and improve my profile.

On the left you can see the code I wrote, with the results on the right. A funny character congratulated me.

The course quickly became more difficult, and in the second section I learned how to color shapes. It wasn’t too difficult on its own, but the end of the section brought up the first of the projects, which I would dread later.

Projects are when the program gives the student a set of goals to achieve in its code. Since each involves a fair amount of creativity, other Khan Academy students or coaches are encouraged to evaluate the projects to make sure they have achieved each goal.

In the first project, I was asked to use the shape commands I had learned to make something that looked like dinner. I decided to use my drawing and coloring skills to make pizza.

It took me a little while to figure out – I’m new to programming after all – and was mostly happy with it. Another user gave me a passing grade on my pizza.

An interesting aspect of Khan Academy’s projects is that once you complete a creation, you can save it to the system as a “spin-off”, and anyone else in the programming class. can be inspired by it.

When I finished my pizza drawing, I scrolled down to see what other Khan Academy coders had come up with for this particular project. The system displayed the drawings that received the most votes from other users. These were much more impressive than mine.

I tried not to be too discouraged by the comparison, although some of my drawings took a long time.

As you can see in the evaluation criteria for my next project, the program asked me to draw an animal with at least five shape controls and variables for width and height.

He was pretty cute, although I probably made the coloring too light.

Again, some people have managed to do amazing things from a relatively simple mission. Here are some of the most impressive spinoffs from the “Draw an Animal” project I designed the penguin for.

It got even more fun – and complicated – when I learned to animate my drawings. I could do things like run a train through the screen, or increase the size of a sun until it exploded.

Of course, it was a cinch of what seasoned programmers could do, but I was excited about everything I was learning in such a short time.

And as I learned more and more skills – text, strings, functions, loops, arrays, and object-oriented design – I was able to incorporate them into increasingly complicated code.

It was difficult, but I started to really appreciate the results.

I found it a bit boring as I was trying to finish the course after working hours, but someone with more free time might not.

Overall, realizing how difficult coding is has given me a whole new appreciation for the apps and programs I use every day. Small things like an extra semicolon or incorrect placement of a line of code could trigger an entire program.

The skills I learned were elementary compared to the work professional programmers do on a regular basis. It was quite revealing.

Although I found the programming difficult, I thought Khan Academy was a fun and accessible platform to learn it on. I could tell that the course was aimed at the younger ones, with a lot of cute characters with their own names and personalities. When I made a mistake, I didn’t get a blatant “ERROR” message but an adorable little creature that said “Oh no!” Things like that helped when the going got tough.

I don’t think I have a future in programming, but happy to have a new perspective on the industry I cover. Also, knowing that I was using a non-profit organization that seeks to help anyone access free education was an added bonus.

I took an online coding course, and now I really appreciate what programmers do all day