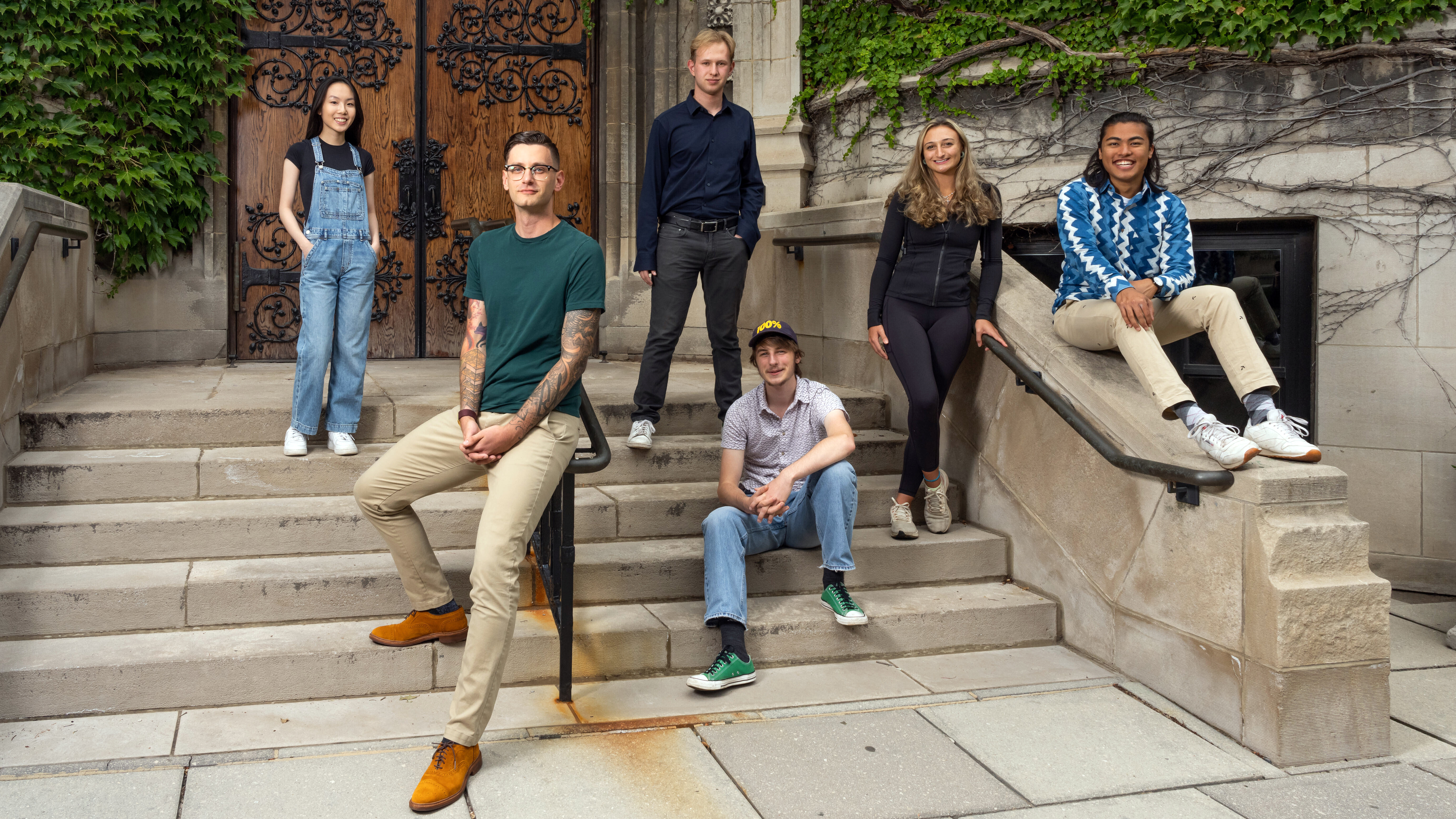 As the Class of 2026 joins the University of Chicago community, six College freshmen share stories about their diverse upbringings, myriad interests and aspirations for their time in Hyde Park.

As a class valedictorian in Lansing, Kan., Baker brings more than just athletic skills to campus and looks forward to all the academic challenges the College has to offer.

“UChicago is one of the most prestigious schools not only in the United States, but in the world, and to have the privilege of being accepted here was a true honor,” she said.

Baker overcame significant adversity to get to where she is today. On July 11, 2019, at the age of 15, he was diagnosed with Hodgkin’s lymphoma.

Her tumor had spread the full length of her right lung, wrapped around her esophagus and was beginning to descend into her left lung. To treat a tumor that had spread rapidly in her lungs, she began the first of what would eventually be 50 cycles of chemotherapy, along with a myriad of steroids and medications.

After three months of treatment and two years of follow-up, Baker’s cancer is now in complete remission.

“Coming from a strong military family, I have become extremely resilient, focused and disciplined,” she said. “I feel like those attributes have helped shape who I am and what I stand for.”

Outside of her athletic pursuits, Baker said she enjoys reading books by UChicago alum Kurt Vonnegut, as well as challenging herself with online French lessons. She also hopes to pursue research in pharmaceutical oncology.

“Surviving cancer inspired me to live life to the fullest and never let a single opportunity slip through my fingers,” she said. “I am fortunate to be part of UChicago and appreciate all of the generous donors who have made this opportunity possible.”

For as long as he can remember, Rishi Basu has been fascinated by cars. Influenced by his father, who was also a car enthusiast, he grew up on Top Gear UK and Car&Driver magazines and even learned the mat using the horsepower and torque figures of his favorite models.

Basu’s childhood interest became a big part of his identity, which led him to discover his deep passion for engineering.

During his gap year after high school, Basu worked for a year as a software engineering intern for Nobias Therapeutics, a Bay Area pharmaceutical startup, where he helped develop a form of machine learning for drug discovery. Prior to the start of this internship, he worked in the sales room of a car dealership, where he sold 28 vehicles in two months and was in the top half of the dealership’s sales board.

Spending a lot of time away from home helped Basu learn the skills he needed to live independently. Those skills came in handy when he started working on his first car: a 2004 Volvo C70 HPT Cabriolet he bought in Santa Cruz, California, which he used to commute to work at Nobias.

With the help of a local independent Volvo shop in Sunnyvale, California, and some friends at Stanford, Basu learned all he could about the vehicle by uncovering issues and improving performance.

“The process of learning and performing DIY repairs was frustrating on many occasions, but gradually I gained confidence,” he said. “I’ve realized that owning a car and caring for it (and maybe a few tasteful modifications) allows you to create a bond similar to everything we put effort into – relationships, work, our houses and our projects of all kinds.”

Basu said his gap year was transformative. For one calendar year, he lived in four different places, had roommates ranging in age from 27 to 72, made friends in “the most random way”, fell in love with San Francisco and discovered a little which makes him really happy in “this great adventure that is life.

“I really think more students should consider taking a gap year before college. Giving yourself the freedom to occupy some of the unstructured time as you wish can open up many potential opportunities,” he said. “My last fifteen months have been a gift and I wouldn’t trade them for anything in the world.”

For the past four years, Alexander Bilochenko has been stationed in Yokosuka, Japan as part of his service in the United States Navy. It was an experience that taught him the importance of teamwork and helping others.

“Despite political, religious, economic, ethnic, gender and other differences, we have learned to unite and accomplish our mission,” Bilochenko said.

Bilochenko has traveled the world throughout his life – he was born in Ukraine, immigrated to Arizona at the age of 10 and began serving in the US Navy in 2016, later visiting several countries in South Asia. Southeast with his fellow sailors. He looks forward to spending the next four years in Chicago.

While deployed, Bilochenko read books by current and former UChicago professors Steven Levitt, Richard Thaler and Mihaly Csikszentmihalyi. He said he particularly enjoys listening to Freakonomics Radio, a spin-off of the book Levitt co-wrote with the same name.

“As my military obligation was coming to an end, I did a lot of soul-searching and decided it was time to join the intellectual giants who had already taught me so much,” he said.

With his naval contract set to end in October, Bilochenko applied to UChicago, attracted by its nationally leading veterans program, as well as the Kenneth C. Griffin Department of Economics and the Booth School of Business. He became even firmer in his decision after seeing UChicago’s support for the Ukrainian community after the Russian invasion.

Top 10 Web3 Jobs Without Coding You Should Know About