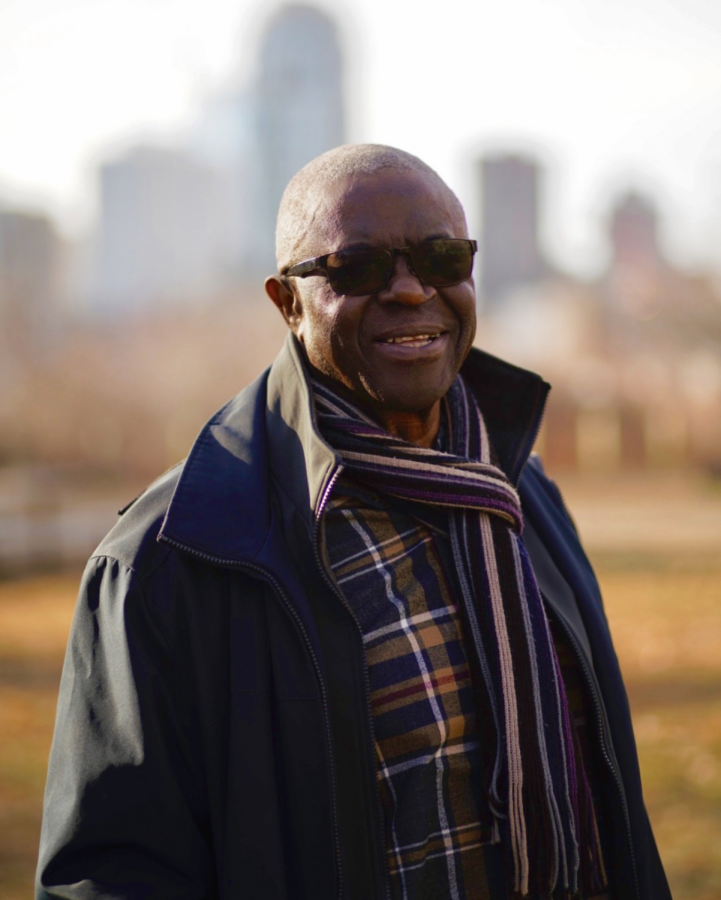 In an effort to educate people about mental health crises, the Barbara Schneider Foundation has facilitated trainings in Minneapolis since 2002.

Actor Dominic Kanaventi poses for a portrait in Minneapolis on Tuesday, November 30. Dominic works with the Barbara Schneider Foundation to provide de-escalation training for crisis intervention in the Twin Cities.

On June 12, 2000, a concerned neighbor called the Minneapolis Police Department regarding an alleged mental health crisis. The call was about Barbara Schneider, who had struggled most of her life with serious mental illness. Police entered Schneider’s home and, during an altercation, they shot her and killed her.

The Barbara Schneider Foundation (BSF) was established in February 2002 to facilitate training in the de-escalation of mental health crises. The trainings are aimed at law enforcement, health workers, educators and community members.

On December 4 and 11, the BSF will be hosting a free two-day training for community members in Ward 2 of Brackett Park from 10 a.m. to 1 p.m. each day.

“There were a lot of conversations about alternatives to the police and how you react to different situations,” Gordon said. “People have asked, ‘Are there things we can do to help in certain situations?'”

He said the conversations around the second ballot question, which would have changed the structure of the MPD, inspired the partnership with BSF.

“Most crises are handled without police or professional intervention,” said BSF executive director Mark Anderson. “It’s dealt with at home, in the family, on the street and in the neighborhood, but people don’t have the training to understand how best to bring calm in a crisis situation.”

Anderson said the training is about teaching people to listen.

“When you listen, you get information about what happened, which makes that person feel like a crisis is happening,” Anderson said. “You also show that person that you value their point of view…that’s how you gain trust.”

Samantha Anders, professor of counseling psychology at the University of Minnesota, said de-escalation strategies are built around the idea of ​​trust.

“Most people want to be understood by someone, and when we are, we feel better,” Anders said.

Dominic Kanaventi has been an actor with BSF since 2009. Kanaventi said actors are given a script to study the symptoms and reactions of different mental illnesses.

Council member Gordon said he would attend the trainings. Participants can register by email Cam Gordon or Nancy Olsen.

Using just a glass of water, a teacher teaches a powerful lesson in letting go

Boost your cybersecurity skills with these 8 Pittsburgh bootcamps and trainings